America took a beating on many fronts this year, but there are good reasons to believe 2021 will be better! Tomorrow we gather with our loved ones. We will mourn those we have lost; remember those who have sacrificed for us; and give thanks for the blessings we have received. Here’s to hoping next year we will celebrate, not simply with turkey and fine wine but gathered with our friends and family. 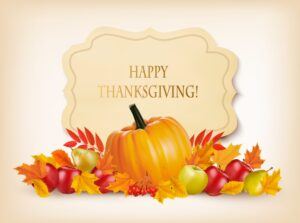 GREAT NEWS FOR DACA RECIPIENTS!!!!
Today, in a decision written by Conservative Chief Justice Roberts, the Supreme Court ruled that the Trump administration could not arbitrarily end the DACA program!! Our Dreamers will continue to be protected, at least for now! Urge your family and friends who are U.S. citizens to register to vote; be ready on Election Day!
https://www.washingtonpost.com/politics/courts_law/supreme-court-rules-against-trump-administration-attempt-to-end-daca-a-win-for-undocumented-immigrants-brought-to-us-as-children/2020/06/18/4f0b6c74-b163-11ea-8758-bfd1d045525a_story.html

Hope, effort and knowledge can change people’s lives. Our client’s husband came to us, desperate, several years ago.  His wife had been picked up by ICE based upon an old deportation order.  She faced imminent deportation. First we found defects in the Notice to Appear and had the old deportation order reopened. Next we obtained bond for her and brought her home to her family. We convinced DHS it was appropriate to administratively close her deportation-removal case, so she could apply for a 601A provisional waiver, which was needed before she could become a lawful permanent resident.  We carefully documented the extreme hardship her husband and family would suffer if she were deported, and so USCIS granted her a provisional 601A waiver.  Finally, we guided her through her Consular interview. Yesterday, after returning from her interview in El Salvador, she was lawfully admitted to the U.S. as a permanent resident, and called to thank us.

Another client of ours, despite his long marriage to a U.S. citizen, had been afraid to apply to become a legal resident due to several previous arrests and a misdemeanor conviction. He had been told his case was hopeless. We obtained medical reports documenting his wife’s serious medical conditions, and the extreme financial hardship she would suffer if her husband was denied a waiver. Our memorandum of law, submitted with his visa application, demonstrated that although he had been convicted of a single crime involving moral turpitude, he qualified for the “petty offense” exception to the general rule rendering individuals with such convictions inadmissible to the U.S..  Earlier this week, he too passed his Consular interview in Honduras. He called us after he returned to thank us and to tell us how much it meant for him to finally become a legal resident.

We keep up with the constant changes to our country’s complex immigration laws.  We regularly attend Continuing Legal Education courses taught by the best attorneys in our field, often traveling across the country to do so. We are also called upon to teach these courses. Whether by attending a lecture, or by preparing to present a lecture, we gain a deeper understanding of, and greater insight into, our immigration laws. Our knowledge, expertise and experience become the sword we use to defend our clients, enabling us to continue to win even the most difficult cases. Through hope, effort and knowledge, our team has brought many clients back from the brink of deportation, back to their families. It’s the work we do, and it’s our passion.

In Spanish, there is an expression: “Entre la espada y la pared,” which means: “Caught between the sword and the wall.”  Recently we won a grant of asylum for a young man who witnessed members of the MS-13 gang as they chased down a Salvadoran military officer, moments before he was murdered. The gang members later threatened our client to remain silent.

A Salvadoran police officer, assigned to investigate the case, told our client’s friend, a neighbor who had actually witnessed the murder, not to say anything about what he had seen, to anyone. A few days later his friend was killed.

Members of the Salvadoran military stopped our client in public, beat him and accused him of willfully refusing to identify the gang members who killed the officer. They interrogated him, literally, with a cocked pistol at his temple. The soldiers believed he was helping MS-13 by not identifying the killers and threatened to kill him.

After our client was seen being questioned by the military, he learned MS-13 gang members had “green lighted” him to be killed by any gang member.

Many in the Salvadoran police are corrupt and have a history or working with   MS-13. The military threatened to kill our client, and MS-13 was also looking to kill him. He fled to the U.S. for his life, and for safety. After hearing his testimony and reviewing the evidence which corroborated his claims, an Immigration Judge granted him asylum. While the Attorney General’s recent decision in Matter of A-B- will make it harder to win asylum in cases based upon fear of persecution by the MS-13 gang, deemed “private actors”, the persecution by the military distinguished our client’s claim. Let’s hope our country continues its proud tradition of lifting up its “lamp beside the golden door” and of offering refuge to those who flee persecution.

Sometimes our government goes too far, and the fervor of the zealots leads them to engage in criminal conduct; to violate accepted, bedrock, principles of decency and international law. When Central American families come to our country seeking asylum because they are fleeing persecution, rape and murder at the hands of vicious gangs, such as MS-13, it is unlawful and immoral for our government to separate young children from their parents, and hold them in cells, like criminals. Our government is doing this today, in our names, and it is wrong. Organize; speak out; and commit yourself to prevent this continued, intentional, infliction of severe trauma on innocent, desperate, children.

From The New York Times:

The Trump administration treats all undocumented border crossing as a crime, jailing adults and splitting families. The U.N. says that violates the children’s rights.

Temporary Protected Status for Hondurans will not be renewed! Protected status will end in 18 months. If you or someone you know will be losing their TPS, contact us to schedule a consultation to see what options may be available.

When police stop a driver on suspicion of driving while intoxicated, they often question the person and ask him or her to perform certain standard field sobriety tests.  The police also frequently request the driver submit to a “breath test,” which is designed to determine the individual’s blood alcohol level from a sample of the person’s breath.

In New York, if there is a finding that a motorist unjustifiably refused to submit to a breath test, the D.M.V. will impose a one (1) year suspension of the person’s driver’s license. During that suspension, the person is ineligible for a restricted or conditional driver’s license which would otherwise permit the person to drive to and from work during their suspension period. The refusal can also be introduced into evidence against the motorist if he should go to trial on his D.W.I. charge.

Before D.M.V. can impose this one (1) year suspension, the motorist is entitled to a “refusal hearing” before a Judge, at which time the arresting officer must demonstrate he had a legal basis for stopping the motorist and for requesting he submit to a breath test. Most importantly, the officer must also establish he gave the motorist the required, clear and unequivocal, warning that if the motorist does not submit to the breath test, his or her license will be suspended for one year, irrespective of whether or not the motorist is convicted of the underlying DWI charge.  Unfortunately, many motorists do not take advantage of their valuable right to such a hearing, or give up their right to be represented by an attorney of their choice, because they mistakenly believe they will never win, or feel the cost of attempting to vindicate their rights is not justified.

The reality, however, is that all too often, the arresting officer fails to provide the motorist with the proper warning regarding the consequences of failing to submit to a breath test, and as a consequence, the motorist does not deserve to have their license suspended.  This past week we defended one of our clients at his refusal hearing: he faced both the suspension of his license and the loss of his job. Today we received the Judge’s decision finding, as we had argued, that the officer failed to provide our client with the clear warning of the consequences of refusing to submit to the breath test, to which he was entitled, and so the Judge refused to suspend our client’s license.  This case demonstrates an important maxim: your rights are useless unless you assert them.

People in the U.S. have heard that Central American gangs, like MS-13 and the 18th Street gang, are seizing control of the poorer neighborhoods in their countries. They terrorize the residents, forcing them to make regular extortion payments, which they call “rent”. They rob and kill; they traffic in drugs and rape; they forcibly recruit young people into their gang – all with virtual impunity. Those who do not comply, or seek help from the police, are routinely subjected to vicious beatings, and are often killed.

Our client, then a 15 year old Honduran, refused to join the MS-13 gang, despite threats of retaliation. One day while walking home from school, he could not pay the MS-13 members the money demanded of him, so they beat him to the ground, and began kicking him in the ribs and face. He lay on the ground, looking up as a gang member pointed a pistol at his face, and then heard it fire… He woke up in a hospital: he’d been shot twice, at point blank range – in the neck and through his collarbone. Months later, after recovering, he fled to the safety of the U.S..

Earlier this week, at the conclusion of our trial, a courageous Immigration Judge granted our client asylum. For many young Central Americans, asylum cases rooted in gang persecution are almost impossible to win – but if you present a compelling, well documented case, you show your client’s humanity, and help the Judge feel the terror he experienced looking into the barrel of that pistol – you can beat the odds. As an attorney, when you turn the cogs and work the levers on the machine so that it actually dispenses justice, and provides safety for the vulnerable – it is a great feeling.